another view of the Higgs-boson, formerly known as the GOD Particle.

The GOD Participle? What the heck is that? I’ll get to that in a moment, but I want to keep you guessing for now. Meanwhile, I’d like to take a look at the infamous ‘GOD Particle’… Higgs-boson as it is known. I’m asking you to join me in an exploration of another perspective of possibility that is perhaps way outside the box.

First of all, let’s look at what the Higgs-boson is reported to represent. Let’s look at a few definitions from across the web. From the Free Dictionary:

A hypothetical, massive subatomic particle with zero electric charge. The Higgs boson is postulated to interact with other particles in such a way as to impart mass to them. It is predicted by the standard model, but has yet to be isolated experimentally. The Higgs boson is named after its discoverer, British theoretical physicist Peter Ware Higgs (born 1929).

Here’s another interesting take from the Science – How It Works site:

Can’t matter just inherently have mass without the Higgs boson confusing things? Not according to the standard model. But physicists have found a solution. What if all particles have no inherent mass, but instead gain mass by passing through a field? This field, known as a Higgs field, could affect different particles in different ways. Photons could slide through unaffected, while W and Z bosons would get bogged down with mass. In fact, assuming the Higgs boson exists, everything that has mass gets it by interacting with the all-powerful Higgs field, which occupies the entire universe. Like the other fields covered by the standard model, the Higgs one would need a carrier particle to affect other particles, and that particle is known as the Higgs boson.

Now, that might give you at least a partial working knowledge of what the excitement is all 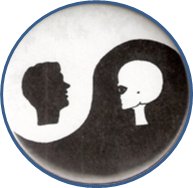 about for the ‘discovery’ of the particle. Here’s the really interesting twist, though… There was no particle, but the ‘decay’ of which was determined to reveal the existence of the particle even though it was never ‘seen.’ I personally find the whole quantum physics perspective a little far-fetched. Science is supposed to be about hard facts and repeatable results. I’m fairly intelligent and it’s hard for me to wrap my head around a field yielding a particle that transmits mass.

It reminds me of the discoveries at Los Alamos that revealed the scientists observing experiments actually had an effect on them. So thought seems to affect the process, but doesn’t necessarily carry mass with it, unless it’s just baggage from a belief system. 🙂 At any rate, it just seems counter-intuitive that matter or mass is transferred via some theoretical particle. Furthermore, it would seem even more preposterous that an explosion would produce any such particle.

That explosion was the result of ramming two protons together at near-light speed. These ‘hadrons’ theoretically fuse together when collided and form another even smaller particle, a remnant. It’s like slamming two oranges together at breakneck speeds and having a fused seed as a result. That really makes a lot of sense, doesn’t it? Perhaps it does. With all the technical jargon and mathematical equations, the analogy gets lost in the intellectual vocabulary that only scientists supposedly understand.

Okay, so now that we’ve made some progress regarding the ‘understanding’ of the Higgs-boson perhaps there is another explanation or even discovery that has gone unnoticed by the scientific community. It would seem that the lenses from which they are looking might be a little skewed or undervalued by ‘what’ they are look for instead of acknowledging what is really being ‘seen’ from simple observation. The discovery is just as magnificent, but may come as quite a surprise if they are willing to look.

Of course I could be totally wrong, but I think the logic will hold up at least for the purpose of sharing another possibility. Let’s start with just the observation of the explosion. It is at a sub-atomic level. In the electromagnetic spectrum and according to M-Theory, there are multiple dimensions or layers of ‘reality’ as one might perceive. The notion seems to be consistent with all the layers of bandwidth and understanding of the various frequencies that have been associated with different types of ‘rays’ whether from a scientific point of view or from an ‘ascended master’ POV. The latter involved varies ‘rays’ of consciousness instead of electromagnetic notations. Both probably describe the same thing.

So, this explosion then may produce a rip in the fabric between said ‘dimensions’ or ‘rays’ that is observable as the ‘decay’ of the particle in question rather than indicating an actual particle. The ‘decay’ is perhaps the reverse or ‘repair’ of the rip instead. Rather than proving the ‘particle’ theory it may indeed prove that M-Theory is indeed true and yet unseen in this example because the eyes that were looking had a different spectacle in mind.  Like I said, it may not be true. However, I think it at least is worthy of some further consideration.

What I find even more pertinent to the ‘work’ that scientists are performing on the substrates of reality comes from an announcement made many decades ago.  We, as humans, weren’t in a good place to really hear what was being said just yet. However, reviewing the text now does offer some additional insights, in the author’s opinion at least.

Let’s look at the first message known to be from Ashtar through the human known as George Van Tassel.

Hail to you beings of Shan, I greet you in love and peace, my identity is Ashtar, commandant quadra sector, patrol station Schare, all projections, all waves.

Greetings, through The Council of the Seven Lights, you have been brought here inspired with the inner light to help your fellow man. You are mortals and other mortals can only understand that which their fellow man can understand.

The purpose of this organization is, in a sense, to save mankind from himself. Some years ago your time, your nuclear physicists penetrated the “Book of Knowledge”; they discovered how to explode the atom.

Disgusting as the results have been, that this force should be used for destruction, it is not compared to that which can be.

We have not been concerned with their explosion of plutonium and UR 235, the Uranium mother element; this atom is an inert element. We are concerned, however, with their attempt to explode the hydrogen element.

This element is life giving along with five other elements in the air you breathe, in the water you drink, in the composition of your physical substance, hydrogen.

Their efforts in the field of science have been successful to the extent that they are not content to rest on the laurels of a power beyond their use, not content with the entire destruction of an entire deity at a time. They must have something more destructive, they’ve got it.

When they explode the hydrogen atom, they shall extinguish life on this planet. They are tinkering with a formula they do not comprehend. They are destroying a life giving element of the Creative Intelligence.

Our message to you is this: you shall advance to your government all information we have transmitted to you. You shall request that your government shall immediately contact all other earth nations regardless of political feelings.

Many of your physicists, with an inner perception development have refused to have anything to do with the explosion of the hydrogen atom.

The explosion of an atom of inert substances and that of a living substance are two different things. We are not concerned with their deliberate determination to extinguish humanity and turn this planet into a cinder.

Your materialism will disagree with our attempt to warn mankind. Rest assured, they shall cease to explode life giving atoms, or we shall eliminate all projects connected with such.

Our missions are peaceful, but this condition occurred before in this solar system and the planet, Lucifer, was torn to bits. We are determined that it shall not happen again.

Your purpose here has been to build a receptivity that we could communicate with your planet, for by the attraction of light substances, atoms, we patrol your universe.

To your government and to your people and through them to all governments and all people on the planet of Shan, accept the warning as a blessing that mankind may survive.

My light, we shall remain in touch here at this cone of receptivity. My love, I am Ashtar

We now know that hydrogen is the bonding agent for the DNA helix as well. So, we are still somewhat ill-informed regarding our nature. Science is showing that, in spite of the purpose of the look, there are discoveries being made that extend beyond their queries. Consciousness is leaking through into the notion of scientific discoveries… perhaps. 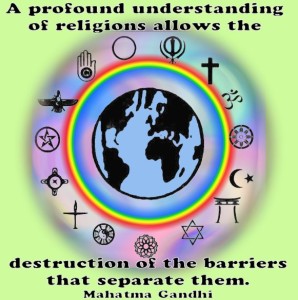 Alright, I mentioned the GOD Participle earlier in reference to the discovery. (I just have to share
that there has been an appearance of a hummingbird several times outside my window as I’ve been writing this, peering in on me as it were. I have not noticed such an appearance in my new home/window to date.)

What is the GOD Participle? If you are an educator, especially an English teacher, then you’ll remember the definition of a participle:

a word formed from a verb (e.g., going, gone, being, been ) and used as an adjective (e.g., working woman, burned toast ) or a noun (e.g., good breeding ). In English, participles are also used to make compound verb forms (e.g., is going, has been ).

The definition gives away the answer. It’s quite simply the most elegant word in the English language, too. In order to observe the process of how I came up with the perspective that allowed me to present an alternative view of the Higgs-boson notion I had to be in a particular place. In the presentation of this place across a plethora of fields it is simply known as…. BEING. That is the GOD Participle. Perhaps you can explore it further on your own. I’ll be writing about it more in an upcoming book by the same title.

Like the separation of people that religion promotes, scientific perspectives are no different. It would be amazing to witness great minds step back and consider the possibilities their discoveries may indeed provide for mankinds evolution toward harmony among people and planet. Just for a moment, let’s look at the multidimensional aspect of this discovery. How might that fit into the broad ufology horizon?

Let’s consider the possibility of a multi-plane consciousness we haven’t really become familiar with as of yet. This model of the electromagnetic spectrum includes various layers of bandwidth with attending frequency ranges. Each of these layers has a theme; an awareness/function as well as a body perhaps, just like ours here on Earth’s bandwidth in the spectrum. Maybe these seeming holographic appearances of different lifeforms are just those able to cross the veils of the separation of the layers. We may have more neighbors than we think.

Thanks allowing me to rent space in your head for bit. I hope you found value in the duration of our shared space.

Here’s more technical information and explanations on the physics and stuff.