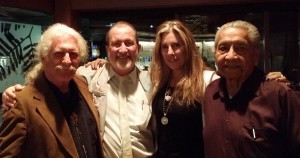 A moment in time…

Many years ago the gentleman on the far left in photo, Jim Dilettoso, along with Ret. Col. Wendelle Stevens (RIP) organized the first International UFO Congress in Tucson, AZ. I was quite fortunate to have been able to be there, arriving in a limousine owned by a mutual friend, Roy Haddix (RIP), along with the future mother of Jim’s awesome daughter.. now a teenager. Some really amazing things have happened over the years.

The event today brings people from all over the world. Mine is a personal experience of connecting with others and sharing what we’ve found in our personal direct experiences and relationships forged from internal and external perspectives, something that is not particularly shared on stage by the presenters. Most of that information is perhaps more linear and, quite honestly, polarized in one perspective or another. Below is a series of interviews I did at an event in Sedona in 1992, which includes Jim Dilettoso and others. It’s a veritable synopsis of what is and has been going on for decades.

This year was probably the most profound shift I’ve noticed in the willingness of people to share openly, mostly patrons rather than actual presenters. The shift has been in their ability to question and the willingness to see things from an inner perspective, free of polarization. This demonstrates the growth in awareness and consciousness among the collective of experiencers. The morning and evening gatherings of experiencers in a facilitated session by Yvonne Smith brought out the fact that many are still grappling with the intense juxtaposition of fear and freedom in experiencing non-linear and non-local events of their own. 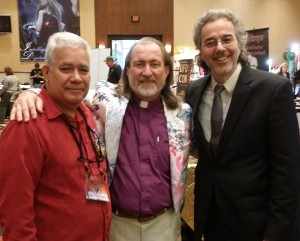 There is a new organization called FREE (Foundation for Research of Extraterrestrial Encounters) that has taken the environment to a new level of investigation. Rey Hernandez and I shared a table during the event and got to know each other well, another unexpected joy for me particularly. FREE’s work, began by folks like John Mack (RIP) some years ago, is bring an opportunity for contactees to share their experiences and study the commonality. Academic studies of the phenomena of long been plagued by the reluctance of the scientific community to explore.

Today, the work of FREE is forging a new path in the acceptance and corroboration of a common theme in the awareness of experiencers, that of a congruent understanding of the helpfulness garnered toward the actualization of an openness toward our Star Families, revealing the potential of many who have found their lives to be integrated with a massive movement toward evolving consciousness. Dr. Edgar Mitchell and Dr. Rudy Schild are co-founders of FREE. Dr. Mitchell and I had conversations about this possibility when we met at the Prophets Conference in Phoenix in 1997. 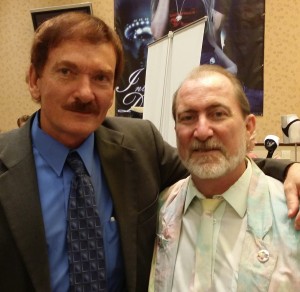 The common perception among nearly all the folks I was able to meet and speak with for any length of time over the 5-day event was that we are learning how to move beyond our internal fears prompted by the induction of various philosophies and religions, Travis’ recent shift is one of the most notable. Of course there are those who still seek to polarize the public for personal and profitable reasons. The great thing is that the discussion of personal discernment is growing and the suspension of old, worn out belief systems is occurring throughout this environment. Some folks are still gullible and want to believe what they are hearing from these proponents of polarity. Indeed the conduit is closing, though, as the seekers of truth are reflecting their awareness more openly.

Perhaps there is a desire for harmony among people and planet, promoted by the majority of contactees, that is encouraging those who’ve felt like they were ‘abducted’ to look at their experience from a larger view, one of an expanded consciousness that is being offered by our extraterrestrial neighbors. The natural process of chaos to order is certainly being recognized.