Contact in the Desert, now in its fourth year and as usual, brought dynamics of experience, perception and research in the thoughtmosphere provided some polarizing information among the presentations at . We all get polarized from time to time and have our moments of not knowing what to believe in. There is plenty of information from both sides, since I mentioned polarity. What’s in the center of that? Our hearts, serene and still, in harmony with the balance within.

The latter was the conversation that seemed to permeate the atmosphere of the patrons at the recent Contact in the Desert, like it was the common message many were receiving. The event itself surely seemed like the advertised, Woodstock of UFOlogy, even with the intense heat that nearly reached 110 degrees at times there were over 2,000 patrons in attendance. 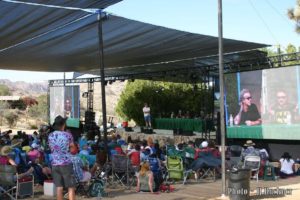 Outside at the amphitheater were several panels and other presentations, including this one moderated by David Wilcock. Inside out of the heat were three other presentation destinations that were filled for nearly every speaker. Old timers like Eric Von Daniken (Chariots of the Gods: Unsolved Mysteries of the Past

In the outer world we no doubt are challenged with ethical, moral and environmental choices on a daily basis. Some in critical places are in a moment to moment scenario often, even more intense and vulnerable than we can imagine. They are everywhere within the ‘system,’ working for the good of all with the people, places and things in place. As a contract facilitator, I sometimes gain access to really cool projects that give me a birds-eye view from inside and an opportunity to have an impact on personal and professional development of the stakeholders.

As things go, several interviews didn’t make it. One did, though, with Jimmy Church. You’ll find it 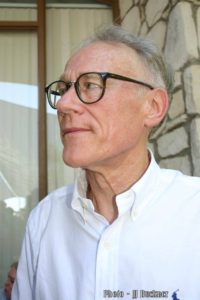 below. It’s raw, short and poignant. The most notable addition to the fray was Graham Hancock, a researcher in consciousness from the UK, whose work is provocative and worthy of consideration in the author’s opinion. I had a much longer chat with Emmy Award winning director Sid Goldberg, who was conducting a number of on-camera interviews for Earth Mystery News.

The latter emerges as better systems. Certainly there are choices of how to proceed in such fashion. This year’s event was even larger, perhaps 2500 or so, and campers were everywhere. The patrons were no longer the normal patrons and familiar faces from decades of building relationships, but a whole new crowd that included multitudes of millennials. Scheduled presentations and talks began early and festivities lasted until midnight, including a birthday party for George Noory with a live band and dance afterward.

Saturday night’s activities also included a skywatch, where some very interesting lights passed by in succession during the session. The evening began with a bit of centering offered by Kris, one of the amazing folks that kept things running smoothly. The common element of initiating any kind of contact seems to be the willingness to suspend fear of any kind within oneself. It frees the mind/body/spirit to be available for a much different kind of communication, subtler and more refined than any spoken language.

Sunday night’s ceremony included Dr. Dream and his Band of Angels. Yes, that’s me in the background. He lead a process of 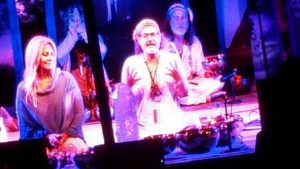 spritzing the audience with essential oils while using singing bowls and affirmations to perform what he calls a ‘galactivation,’ where each chakra is energized and vibrationally attuned through the bowls. 333 bowls were distributed in 19 stations around approximately 1,000 to 1500. The harmonics created from octaves of the same note had its effects for sure. It was in preparation for contact with James Gilliland, founder of ECETI

People make the difference in how we proceed with the information and inspiration from these events. Many come out of curiosity. Many come out of sincere interest. Even others come to connect with others, driven by their own experience and understanding of this thing we call ‘extraterrestrial engagement’ that is often obfuscated by emotion and insufficient intrigue. Those so driven recognize a certain change in how reality works for them, providing tasty tidbits in the breadcrumbs along the trail. At times they report it to be quite magical, recognizing the inherent energy of an inconceivably intelligent symphony.

I hear a lot about different conspiracies throughout the ufology community. It has been a mainstay of the disclosure movement. The same exists in other populations that might be considered ‘fringe,’ the age-old story of us vs. them. The last few decades of research across a number of fields strongly suggests there are levels of consciousness that, heretofore, have not been readily shared in public except in small clusters or communities, mostly indigenous. It’s my experience that folks inside the ‘system’ in question, at least in my limited exposure, do their best in an overwhelmingly complex system to handle the needs of those coming here in search of a better life. Creating housing and support for them, especially the children, is a huge responsibility and it has been taken on. 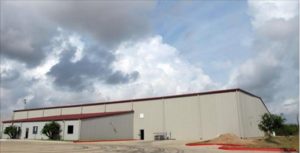 My limited exposure includes facilitating pre-construction partnering workshops for various State and Federal projects, like the F-35 Operations and Maintenance Facility at Luke AFB in Arizona and an upcoming one for Homeland Security and a centralized processing center (CPC) for the droves of unaccompanied children crossing our borders daily. We think in such simple terms about life and love, not realizing the complexity of the organization necessary to deliver any public service let alone the compassion of those in direct contact.

Experiences of those who’ve been contactees and learned of their own choice and empowerment in the process concede that the organizational capacity of these other life forms is so far beyond our comprehension it goes beyond understatement. They’re here, have been here a long, long, long time and yet remained at a distance because of our own need to develop as a planetary civilization, including the transformation from ego to wego we are currently experiencing.

Can you imagine what it takes to coordinate thousands of people to achieve a goal of any kind? It is a production of immense complexity, from talent development (human resources) to the places and things required to deliver the product. Conversations during the CITD event echoed such consideration and compassion for the evolution of our specie, accepting we’ve had a rocky road to date and that change happens as we become more accountable and responsible in our own actions, at whatever level our passion or purpose may invite. Individuals gravitate to resonant fields of performance, from the very material to the very esoteric. 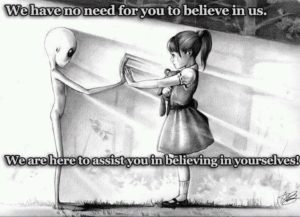 Best practices now include holistic systems thinking and talent development includes personal mastery. Like any personal discipline takes years to develop, these kinds of structures take time to change let alone the attitudes from apathy to victimization, all with inherent separative components, that are drug kicking and screaming into a new order. That order begins with learning how to get along and work together toward common goals that emerge from assessing the needs of whatever community is involved. I’m in awe of the process. It naturally draws us toward harmony, understanding and a willingness to work better at being.

In that awe, perhaps, is a core intention of good will and harmony among people and planet. In an unimpeded system, holistic in nature, the natural order would be complementary, even a synergy of symbiotic systems already present. We haven’t been able to adjust our vision until recently, a parallel to the near-vertical information curve we all know about, right? As a trained neutral, facilitator, I get to play a kind of Aikido in the thoughtmosphere when deterrents to progress come up.

These new practices and understanding are permeating the world, slowly, and as we get better at building delivery systems. the time between the clustered housing and finding homes and/or family here already will diminish dramatically. I admit my view has been limited, but at least it’s a view. 🙂 Do you think aliens would treat illegals seeking a better life differently? It would seem only obvious they’ve evolved through our present dilemmas.

The leadership of the ufology community is now considering the development of consciousness and our misunderstanding of the motives due to our lack of awareness, not of ‘them’ but of ourselves. As Jimmy says, “We’re about 22,” as a population. Millions of experiencers are beginning to compare notes on-line and in-person at events like this where being weird is the norm. The experiences are consistent in description of some ‘states’ across the Near-Death Studies, Consciousness Movement, Quantum Theory and the Contact Experiences, which I also weave through Stubbing My TOE on Purpose: A Seminal View of Consciousness, Cosmology and the Congruence of Science and Spirituality

Interview with Jimmy Church, in the midst of the magic… (audio is unfiltered, crowd noise may impede clarity). Enjoy! btw.. it’s interesting that just after a few days the parent site UfologyPRSS.com is experiencing some major technical difficulties. In our first three years, this is the first time the site has had problems. Please be patient.