Arrival – How do We Communicate

Arrival’s Plot: Linguistics professor Louise Banks (Amy Adams) leads an elite team of investigators when gigantic spaceships touch down in 12 locations around the world. As nations teeter on the verge of global war, Banks and her crew must race against time to find a way to communicate with the extraterrestrial visitors. Hoping to unravel the mystery, she takes a chance that could threaten her life and quite possibly all of mankind.

Hollywood Reporter:How refreshing to watch an alien contact movie in which no cities are destroyed or monuments toppled, and no adversarial squabbling distracts the human team from the challenges of their complex interspecies encounter. Anchored by an internalized performance from Amy Adams rich in emotional depth, this is a grownup sci-fi drama that sustains fear and tension while striking affecting chords on love and loss. 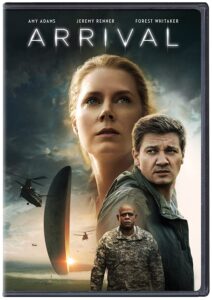 So what does this have to do with real visitors, our star families as some call them?

The on-going saga of First Contact, even Disclosure, has been presented through so many channels and mediums in the last decades; books, crop circles, movies, tv shows and more. Yet, there is another aspect to this picture that few even consider, except those who are in the midst of it. I’m referring to the continual engagement of non-linear and non-local intelligence with humans and would-be humans.

Why do I say would-be humans? Because there are those who’ve been seeded here for some time, a few at a time, that try to be human but grapple with things beyond human. Confused? Try being one who, since childhood, has been a part of another reality alongside the one most people experience on a daily basis, parallel and even woven into it synchronistically. Acknowledging that ‘something else’ is going on brings labels and projections in spite of practical performance, academic and athletic excellence.

The movie ARRIVAL demonstrates this conundrum through the language barrier with the visitors, who arrive in 12 locations simultaneously with no fanfare or aggression of any kind. As usual, the pundits jump to conclusions and go into military mode where everything outside ‘normal’ command and control structure is perceived as a threat and prepared for accordingly. Contrary to perception, there is no threat at all. In fact, the opposite is true. We become a threat to ourselves and the notification that we have the ultimate weapon is given.

The weapon turns out to be language. The visitor’s language is far superior and has reached the data storage capacity for volumes of information to be displayed in a single circular ink blot. Imagine if we are able to receive data in such a way, only we get it through light pulses, just like data being sent through glass tubes now… fiber optics. We know light pulses can contain zettabytes or even a googolplex of information. Our brains and bodies function through light pulses traveling the speed of thought (841 trillion miles per second perhaps) across our personal neural nets. 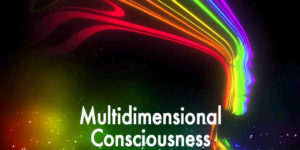 Humans tend to truncate data streams before getting the whole picture. We experience or listen to respond rather than be engaged or immersed into something bigger than we can imagine yet have moments of its reality nevertheless. Next-level humans, those with the capacity for engagement beyond past systems, are well aware of this non-linear and non-local method of information exchange. To those, the universe speaks in every moment as eloquently as any master communicator and more… it’s visceral; every fiber of our being is engaged.

Why can’t everyone experience this? It’s largely do to choice… and fear of the unknown. As in the movie, when things were suddenly shifted and no one knew what was going to happen next, the prime characters chose to remain in a state of childlike curiosity and explored possibilities without the threat of fear. They ‘knew’ something more was happening. We, as humans BEing, can experience that same place, too. It starts by taking a conscious breath, perhaps many, and being in the present moment.

Misunderstanding All We See

Now this may all sound like some spiritual gobbledygook. I assure you it is not. It is a practice of patience and perseverance… the present holds no past or future so multiple dimensions open as non-linear and non-local expressions of space/time. Non-linear communication, spoken of by Louise as well, is the preferred method of universe communication. It happens across multiple tracks as well…. dreamtime, visions and even waking consciousness when one is still. These kinds of communication are commonplace to the experience, rare if at all to the reporter and most sages on stage today.

The thing about experiencing these kinds of activity is the near inability to articulate it and, when attempts are made, it sounds like a bunch of jumbled thoughts and the person is labeled and summarily dismissed as some kind of lunatic or unbalanced personality. I’ve had to deal with that in my younger years, including some time spent on a psychiatric ward as a result of not being able to articulate my experience clearly enough to create a comprehensive expression that was easily understood. Today, it’s vastly different.

Back to the movie… Once the communication methodology and understanding is at least minimally in place, the revelation that ‘language’ is the ultimate weapon is presented. It is SO true, especially ‘how’ we use language can either create or destroy relationships – the only thing that matters in the dynamics of harmony among people and planet. We tend to divide and disperse rather than coalesce and coagulate. So, if one were to consider the notion of harmony among people and planet from an off-planet viewpoint that arrived only to assist… what, how, who might be involved to share their messages? 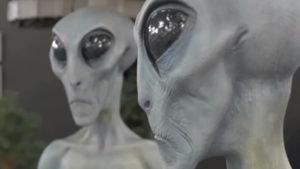 One last consideration that I found to be significant in the overall ‘real’ experience of multidimensional non-linear and non-local engagements. Once the ‘message’ was received and the ‘threat’ was removed to the extent that communication between governments across the world was restored and even evolved into a new order of trust, what happens next? The craft that had basically shown up ‘out of nowhere’ returned to their space. They simply melded into ‘clouds’ and disappeared.

What that might say for our current day experiences, eh?

I had the opportunity to talk with Dr. Joseph Burkes on Inception Radio recently, discussing how we communicate and what is communicated with us. You’ll hear about a conversation I had with Dr. Edgar Mitchell about his experience with a non-human intelligence while descending toward the moon so long ago.