Secret Space Program – What are We to Think?

There has been speculation about a secret space program for decades. Some information and proponents (whistleblowers) have entered the Ufology scene on many occasions over the years. It seem the debate is reaching epic proportions now with the various ‘experts’ in the field.

I have to profess I do not know Corey Goode, but I do David Wilcock. I’ve known the latter for over a decade and I find his sharing of information seems to be solely based on regurgitation rather than sincere research. He sure has the attention of a lot of folks, but is it a genuine and sincere representation of the facts that are ‘out there’ for us all to discover? He reputation has dwindled and his presentation style has become rather obnoxious.

I’ve observed Andrew Basiago for some years now, always a bit uneasy in my perception of him, paralleled with what I sense with Randy Kramer. I love to believe stuff, though, so my spidey sense may or may not be correct. I tend to trust it although I don’t always have outright proof to back it up. In truth, it seems more of an attention getter and means to stroke an ego than actual fact. I just have that gut feeling.

That being said, I’ve known Richard Dolan and Michael Salla for a while; Richard and few years 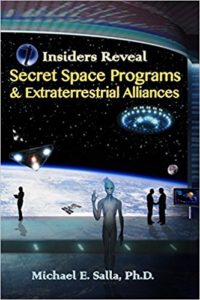 and some time in personal conversations that were relevant as well as Michael, whom I’ve known for over a decade. We greet each other by name and pleasantries always. Both have done their fair share of research and have intelligent if not brilliant minds.

Their personalities are juxtaposed by their gullible and suspicious natures, it seems. Their professional admiration and respect for each other allows some interesting dialog about this [SSP] particular subject recently. There appears to be sufficient magnetism to the subject to polarize many and, imho, perhaps manages to distract us from and obfuscate the truth.

It seemed to start with Bill Ryan’s bold statement and video a few months back. I also know Bill to be a relatively level-headed individual whom I’ve known about as long as Michael Salla. I met Bill and Kerry Cassidy during the early days of Project Camelot (no longer partners and the last time I saw Kerry she seemed out of control paranoid) during a conversation with Ralph Ring at the IUFOC in Laughlin in 2007. I didn’t know who they were at the time, but seemed to be lurking waiting to speak to Ralph, so we invited them to sit with us.

Nowadays there are many factions playing out in the field of Ufology and few of them, other than a few true professionals, focus on congruent and/or consistent threads of information that come from different sources, as a sign of potential reality in truth. Individuals with non-verifiable information and/or documentation that is only validated by one or two individuals still remains a bit suspicious, but does not make it false. 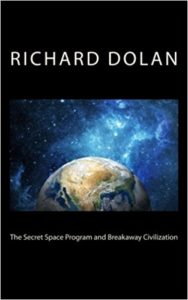 Richard Dolan has always seemed to be a consummate professional, as well as Michael Salla. Both have responded differently and have engaged an interesting public dialog, Richard in his usual straightforward nature and Michael sharing what he believes to be validation. It seems they both are getting extra press as well as the whistleblowers.

I tend to wonder just how any ‘leaks’ of information would really benefit the public. The programs are perhaps undeniable and, at best, spoken of only in passing interest but certainly not available as any transparent program as of yet. The public may not be able to handle the truth, frankly. It does provide for some very interesting debate and distraction from our daily travails, though.

I wonder if there is yet something more at play, beyond the ‘secrecy’ and more in the open for anyone to experience. We all are familiar with the best hiding places, right? That would be right out in the open and so incredulous to most that it is easily and quickly dismissed by nearly everyone except a few.

I think Ruth Montgomery and others wrote about such things decades ago and their topics still don’t see the light of day in hardly any organized Ufology events. As a final thought, I wonder how the secret space program got thrown into Ufology in the first place.

And the debate goes on…