Wasn’t the ending of 2017 an amazing experience, with all the disclosure inferences and shenanigans? Happy New Year, Earthlings… (exo)Politics anyone? We all know that disclosure is an ongoing process and that those truly involved aren’t about to dilute their work with attention getting antics like some folks seem to be doing. You know, everything is helpful in getting people to seriously question the reality of the times we live in, right?

Now this probably won’t be read by those who are actively engaged in politics at this time. Still,

we have some exciting news about the progress of our work here in Arizona. It may come as a surprise, but the reality of bringing any kind of exopolitical experience to Earth might just begin with some of us so inclined to engage the system. This cosmic 2×4 was slapped up side my head back in 2012 when I got the impression to research the existence of the Independent Party in Arizona.

What I found was that nothing had been done and, apparently, it was there for me to do. The domain structure for the Party, after looking at other States, was www.independence(state).com so when I looked for the availability of IndependenceArizona.com there was no claim to date. I immediately purchased it and went to work on the website, creating some basic content around the theme of ‘Making Sense Common.’ Other things in life garnered my attention for several years until just after Christmas 2017 when a comment was made on the site that precipitated a face-to-face conversation and ignited things again.

The simple side of the work is that we’ll need about 24,000 signatures to get the job done. The Independent Party of Arizona bridges parties as well as cultural communities and is what America was set up to do. Arizona has the golden opportunity to set the standard for coalescing multiple concerns and factions toward a cohesive and collaborative administration. The result of such would change the course of current deficits and inability to serve our population in so many ways. It would also catapult the use of alternative energy production through the combined efforts of communities and commercial development. 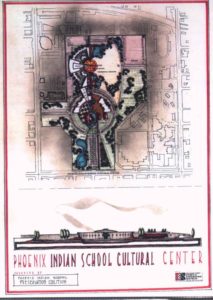 I’ve always enjoyed grassroots activity and have been involved in many local/state initiatives over the years, beginning with representing the Phoenix Indian School Preservation Coalition in 1991, a coalition made up of representatives from 18 of the 21 Tribes in Arizona intending to have the newly designated Indian School Park designed with indigenous Native American features. I was the non-Indian who was asked to chronicle the details and present them to the Mayor of Phoenix and his staff along with the Parks and Recreation Planning Sub-Committee.

I was also involved the the Arizona Coalition for Peace, Justice and the Environment and worked to help coordinate quarterly meetings around the State of Arizona for several years. It was a most profoundly life-changing experience that helped me to realize how much ‘help’ is available from ‘other’ sources to those who are involved in positive change in the world. After all, the consistent message from the ETs is that we must step up to affect changes in our world. They will assist from a distance, but it is up to each one of us to be practical in our application of understanding consciousness and the process of change/evolution for our world.

There was a collection of brilliant and inspirational speakers gathered for The Prophets Conference in Phoenix back in 1997, among them were Dr. Edgar Mitchell, Jose Arguelles, Lyssa Royal, Hunbatz Men, David Icke, Robert Anton Wilson, Joan Ocean, Dr. Steven Greer and Zecharia Sitchin. As the event manager I had opportunities for conversations beyond the norm in private, an opportunity I took advantage of to inquire and understand further how the integration of consciousness and community can be further engaged.

In that regard, it is an honor to be tapped on the shoulder to perform at this level. My intention has always been to be an example; someone that my parents, children and grand children are proud of even if it takes a long time for them to recognize the triumphs over trials and tribulations from a slow-moving and resistant paradigm that has been in place for far too long. It’s too late for my parents, at least my adoptive ones. Still, the sensation of being tasked with this challenge brings me to new levels of integrated activity with my cosmic crew. Perhaps it might inspire others to step up and apply their skill set toward building the new.

The secret to change is to focus all of your energy, not on fighting the old, but on building the new. Socrates