State of Affairs or Affectation in Ufology Updates

We’ve all been aware of the recent advances in some areas of Ufology updates. Some embrace it and some are still suspicious. As much as we may not like to admit it, To The Stars Academy is raising the bar or at worst raising awareness in the public view. As with any newly formed group with suspicious characters there are naysayers and supporters by the score. The battle to bring information to the public has taken on a new look on and off stage.

The one thing that TTSA has done, though, it generated an explosion of interest in the UFO phenomena in the main stream news and public eye. Ufology updates continue to develop. Proof and truth will come out eventually, or not, yet the boost in exposure could bode well for the Ufology community IF there is a meeting of minds and some sort of demonstrable collaboration beyond TTSA. One of their first publications sets the stage for their dive into disclosure.

evidence. The hard side is the nuts and bolts approach driven by evidence and ‘proof’ that seems to pass all the usual tests. The soft side is more delicate as it is subjective, with little evidence other than the ability to articulate effectively, driven by the desire to share for multiple reasons. The former sits well with materialists and the latter, not so much.

Ufology is known for its mysteries and mysterious characters, some with better reputations than others, yet they all play the game of notoriety and temptation. Everyone wants you to believe their story and many seem to be in conflict. They sometimes proffer data, details or disclosure as ‘exclusive’ in an attempt to get folks on the edge of their seats waiting for more.

Social Media has become a place of open denial and deep discussion. The marketing gurus have a field day with the unsuspecting public. It still seems like a contest for who can build the biggest fan base. This one or that one is always posting something to demonstrate their knowledge and research capability, though many assumptions and conjecture takes place as well. Sometimes posts prove noteworthy.

The reports of secret space programs and interaction with ‘alien’ races is another aspect that appears to be producing more incredulity than believe-ability in the field. The reports have provided certain folks great notoriety and a huge fan base of would-be believers. The stories certainly garnered attention from event promoters as major attractions for the unsuspecting public. Only time will prove the reality.

Some Ufologists and experiencers that have been around long before the term are puzzled by the ‘new’ information shared through various channels on social media as much of it has been ‘revealed’ through many presenters and vendors at UFO expos for decades. The numbers in those groups are obviously small in comparison, so with recent main stream media sources picking up the ball our hopes for better coverage are at least partially fulfilled.

The nuts and bolts side of Ufology has to do, for the most part, with historical events, documents, meetings, photos, videos and evidence of extraterrestrial craft or technology. Those elements are a critical part of ufology in bringing the information to the public. Why? Hopefully for the public good. What would the optimal results be if there were full or even partial disclosure? What would desired Ufology updates look like?

There is still another aspect of within the field, non-competitive in perspective, that has evolved over time and with progression of extended contact of a largely non-physical variety.

There is another side to the story that is both ambiguous and incommensurate; the subjective experiences of folks claiming contact or engagement by non-human or extraterrestrial intelligence. It is a grey area for sure. Depending on the lens we view it through, it can be seen as incredulous or incredible. We need data, right? Studies have been made. Both FREE and MUFON have engaged the inquiry of experiencers.

Data from experiencers is different than the nuts and bolts side of Ufology. It’s the soft side mentioned previously, full of subjective accounts. Those accounts range from emotionally-laden fear-based descriptions of encounters to the more objective and fearless descriptions of self-aware and perhaps even participatory engagement. Discernment is important.

Some of the more hard approach public figures who’ve been steeped in conspiracy, 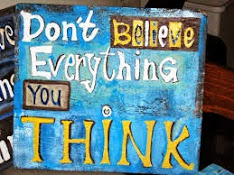 government disclosure, exploration of evidence and material sciences have a real challenge with the soft approach. They are hard pressed to acknowledge the experiential side as there is no knowledge base or direct experience for them to relate. A recent interview and honest response regarding a very prominent figure who has emerged in the experiencer field.

The historical perspective of experiencers and their accounts goes back decades in present times and perhaps millennia in regards to ancient texts. The latter offers descriptions based on the common language and philosophies of the time. Today we can review many of these accounts and find incredible similarities across the centuries. Proof of dominance and control is sorely lacking, yet fear-based thinking still keeps many in the dark.

Most recently, the cross-referencing of experiential information and the notion of the evolution of consciousness have become more interesting to Ufologists. The notion of applied quantum physics in relation to the aspect of awareness and, in a large sense, creating reality unconsciously seems to be of great concern. Nearly every aspect of communication from non-human or extraterrestrial intelligence (for lack of better descriptors) leans toward a rise of consciousness.

What does that rise of consciousness mean? Perhaps it is as simple as becoming self-aware, managing our thoughts and feelings in positive ways. Perhaps it is the notion that all things are connected and we affect reality by our baseline energy, the attitude we carry with us. Perhaps it extends to our community and world in respect to the environment and effective planetary administration, managing resources so the all people can be cared for and nurtured.

There are still concerns among experiencers, though. Not everyone perceives their experiences as benign or benevolent. Extended play, the long-term experiencers, do tend to change their point of view over time, from a less than desirable experience to one of understanding a larger picture and the overcoming of their fears was more important. Confronting incongruous notions might be the next phase of creating better baseline knowledge.

We participated in a large panel discussion recently, embedded below, that reviewed the year’s greatest changes and/or events in Ufology, a kind of Ufology update. Certainly the ‘leaked’ released Navy videos of Unidentified Arial Phenomena (UAP) brought the light of day into a dark room. Michio Kaku’s interview with Jaime Maussan included the considerations of advanced civilizations beyond the burden of proof now being on the governments, to prove the UAPs aren’t extraterrestrial.

Spyros brings up his video (alien autopsy) and the massive hoax created by it, noting how gullible the public is still, and how falsified information is so easily introduced and accepted by the public (even some Ufologists) as being true. We’ve got a long way to go to find ways of vetting information that are consistent and uniform. It may take quite some time for that to happen, but it would be a necessary component of establishing some kind of unified front in Ufology.

We all want Disclosure, right? How do we want it? Our governments, military and leaders are 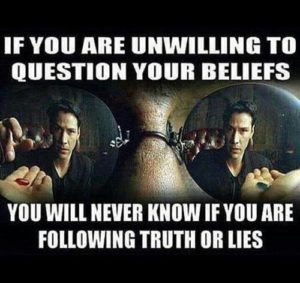 tasked with keeping us safe. NOTHING that even comes close to threatening our safety will ever be fully revealed to the public. The public’s opinion may vary as to how disclosure is best, through intelligent conversation regarding it doesn’t seem to be consistent. The reality is the public is, at best, squeamish when it comes to the appearance of the unknown let alone engaging it. We’re thinking in human and mostly fear-based terms.

Storming Area 51 became a fad overnight, with thousands of people showing up for the event. Did they really expect to storm Area 51? It seems doubtful, but it did give folks a chance to party in the desert. We all need a good party to move things forward. The number of foreign press that covered the event also brought the topic to the world, not just the US. We might anticipate a broader range of coverage as the events develop, though it still seems to be largely focused on the nuts and bolts side of Ufology.

Our concern here at UfologyPRSS is that by all indications and protocols for establishing movements, it starts with a unified front with individuals and organizations aligning with basic components or elements of a theme or even manifesto. There are a number of documents and organizations, but they largely seem autonomous and unwilling to collaborate, though some do.

What will it take for Ufologists to find common ground? Will the field be able to have some kind of harmonic convergence between the hard and soft components of the phenomena and, if so, how will it occur? Something to begin considering, in our opinion. Stay tuned for more Ufology Updates…