Making Sense Common Among the Fray

Have we explored the effects of experiencer elucidations as well as we can? To date there have been so many attempts to clarify the concept of contact with extraterrestrial and/or non-human intelligence. Academic studies from past and present activities delve into subject, though interpretation of data and subjective experiences are inconclusive. Many have fallen into the rabbit hole and get overwhelmed by the warren, not realizing so many POVs exist.

The rise of interest offers the opportunity to investigate the plethora of possibilities, yet the salient points of our instruction are often lost. The latter seems to lead us toward a kind of renewal of curiosity with conscience, exploring with the intention of seeking cohesion. It seems the notion of creating a better world is also at the core of the communications many receive.

Perhaps taking a look at the current status of maturity in our global civilization is a good place to start in assessing the present and getting a better picture of how to evolve with maturity. The world is full of distractions and ufology is no different. Regarding the maturity level of humanity, we’re probably just entering the teenage years, thinking we know more than we do and acting without conscience toward people and planet. 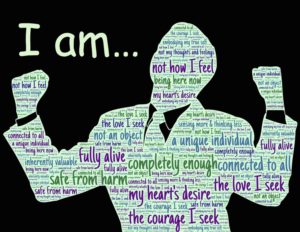 The world seems to be run by a Profit Over People mindset that hasn’t been challenged for millennia. We see the effects and suffer the consequences, a global challenge has resulted on several fronts now, including a pandemic from polluting our bodies, minds, air, land and water. We are not separate from our environment and the wisdom of our elders is growing in acceptance, much like teens becoming young adults.

Acceptance and recognition of ‘visitors from space’ is reaching new heights in government and military disclosures, yet they are still being seen as some kind of threat to our survival by many. The latter has no definitive proof and lacks the real recognition it deserves. Taking into consideration the vast amount of data and examples of interaction, such as crop circles on the one hand and shutting of weapons of mass destruction on the other.

The easier thing to do is get caught up in the phenomena that non-human intelligence presents, like channelings, orbs or sightings, for instance. In all good conscience, where is it taking us? How can we determine the validity of the ‘channeled’ information? What really are orbs? What are the craft in our skies? Should we be wary or welcoming?

Information Resources of the Esoteric Order 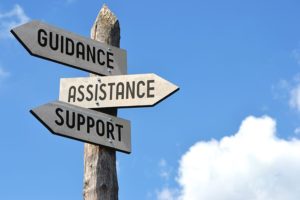 There is a near inexhaustible amount of information from various channelers and psychics; automatic writing, conscious, mediumship, trance and through regression. The latter was the life work of Delores Cannon and produced volumes of material. Jane Roberts (Seth) and Edgar Cayce, Darryl Anka (Bashar), Lee Carroll (Kryon) and JZ Knight (Ramtha) are examples of trance channlers. Jim Self, Steve Rother, Geoffrey Hoppe and Esther Hicks fall into the conscious channelers, and Ruth Montgomery was well known for her automatic writing.

The detail of information also spans the gamut, from simple ideals and reinforcement of universal ‘love’ to fairly intricate explanations of the order of things, like the Urantia Book. Flashing on Robert Heinlein, can we really ‘grok’ the magnitude of the intelligence and structure within the constructs of creation? What are we really seeking to understand?

Perhaps we can all agree that in the hierarchy of attention and thinking, we’ve kept ourselves busy with disclosure and physical proof to convince us beyond a shadow of a doubt that UAPs or UFOs are real and nobody really knows what is going on with them, or at least who we think should doesn’t appear to know any more than most ufologists who’ve been around a while.

The CE-5 experience, albeit as profitable as it’s been for Dr. Greer, has still focused on visual events, though telepathic communications are sought and often occur as well. Still, the subjective experiences vary among individuals during the same event. Beyond the general well-wishing and happy engagement consensus of groups, there really isn’t any lasting or sustainable communication that leads us forward toward bettering our conditions on Earth.

Bringing It All Home – Experiencer Elucidations 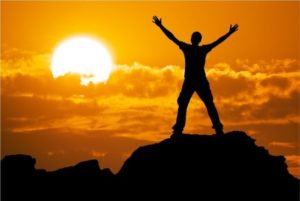 Social distancing has given us the opportunity for quiet time, reflecting and resolving long-standing torments in our human dynamics as we see evidence of just how dystopian our society has become just as many, maybe too many, feared it would. The fear is likely to have produced the current conditions, not because we wanted it to, because the attention was on what we did not want to happen, not on what we do.

It may seem like splitting hairs, though the communication from nearly every angle through the reflections of the vast majority of experiencers is that we are much more powerful and are unconscious of what our emotions and thoughts have produced. The overarching theme of messages from elsewhere is one of raising our consciousness, being more mindful and paying more attention to understanding natural laws. Advanced or enlightened consciousness moves us, or ought, to consider a greater order and expanded reality.

To date we’ve had our own type of social distancing from the advancement or consciousness and the discipline it takes to do so. We’re lazy and prefer the dance with the unknown to be at a distance. The up close and personal events produce a certain awe and curiosity in many, though we haven’t found a place to purposefully collaborate on applying what we know. It’s still like a game of ping pong, where accusations or theories are tossed about to and fro with few actual conversations happening.

Conversations that matter are our next step on so many levels, across the spectrum of our existing reality. The constraints we find are present due to confining and/or conflicting belief systems and even the underlying result of mistrust that is happening from social distancing. It’s imposed for our safety, yet its psychological affects are catastrophic to the human experience. We get triggered in some way and lose all sight of the shore we so enjoyed as one before we came here to engage our development as conscious beings individuated.  How do we, you and I, find resonance with a greater aspect of ourselves that is indeed one with All That Is?

The latter probably seems unattainable, at present, or possibly isn’t even understood. The engagement of non-human intelligence, ETs et al, seem to allude that this state of being is well understood by advanced races and it is our destiny to soon understand it as well. All races, according to a cursory assessment of high-level communication, have gone through the process of chaos to order in their own worlds. From experiencer elucidations, we’re being invited to do the same, grow in our awareness and understand the simplicity in the complexity across consciousness, time and space. Whether we accept the invitation or not is a choice each individual must make as we move into a ‘new time’ in the development of our planetary civilization.