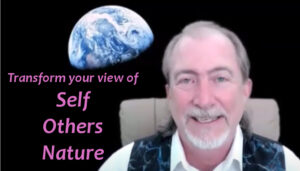 Challenges of being both an experiencer and behind the scenes researcher over my lifetime, with events I’m challenged with and find hard to believe, yet I was part of it, and so an experience system began replacing beliefs that no longer fit. I write about them and, to date, have never been taken seriously by the ‘experts’ in ufology.

I totally get why folks remain aloof and apart from the madding crowd. It’s often disappointing and discouraging to witness the inability of folks to be open-minded or advance their own intelligence base. There’s a new living awareness available to those who emerge fearlessly from the challenges of fallacious narratives.

Most of my life (40+ years) I’ve been an outlier because of my experience and willingness to be vulnerable enough to share. Risking revealing a life of integrative activity still brings concern, yet if I don’t then I’m not walking my talk and am no use to anyone. With a robust professional career and successful transformational coaching practice I have to be an example of what I hope to inspire in clients and personal relationships – a new view of quantum entanglement.

I’ve been blessed to have some conversations that matter with others over the years, perhaps offering some corroboration and/or inspiration and guidance for others on the path who are struggling with the notion of being a co-creator in the process of the great awakening we’re experiencing at this time. We’ve been anticipating it, though participation in practical and pragmatic ways has been somewhat illusive. Articulating the understanding has been a challenge, though I’ve had a lot of fun developing it. Here’s a sampling: UfologyPress.com/curator-interviews if interested.

Challenges… And then there are others 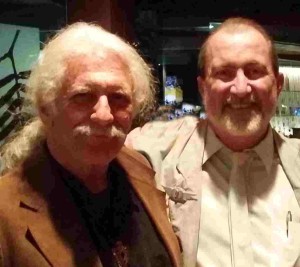 Others have intimate encounters, conversations about the nature of the ‘people from elsewhere’ and their reasons for making a larger showing of UAP events. They aren’t to create military concern as they are no threat. Their messages are about the care and concern for humanity and our Mother Earth. Our level of thinking cannot fathom such advanced races that are aware and engage universal laws (physics we do not understand).

It’s been a challenge in the experience addressing hoaxers that seem to be of two categories – disinformation and attention seekers. Because of our lack of critical thinking skills, these folks run amuck and distract the gullible and naïve who are simply afraid of anything they cannot explain or want to believe in sci-fi fantasy beyond any technology we actually have to date. I’ve experienced bi-location and teleportation so I know they are possible, yet they are driven by psycho-spiritual technology, not material technology as some report.

The folks at Village Labs in Tempe, AZ, Jim Diletosso and Michael Tanner (RIP), held interviews with the witnesses of the Phoenix Lights in 1997. Lynne Kitei used many of those witnesses for her film. The challenges of Francis Emma Barwood, who pushed the investigation with the City of Phoenix and Fife Symington, I sure were daunting. She had been a guest on my show prior to the event and remained at least an acquaintance, if not friend over the years. We heard dozens of accounts of the event, revealing not one, two craft that had made their way down from the north along I-17 and Scottsdale Road. The second one never gets mentioned.

I’d known Jim for almost a decade prior and, available and curious as I was, I spent a lot of time at Village Labs. Jim was also a go-to-guy for photo and video analysis and had appeared on TV shows. I got to know a lot of folks from around the world as a result. Some seemed legit while others seemed more interested in fame and fortune. Tim Beckley held the New Age and Alien Agenda expos in the early 90s in Phoenix, which brought folks like Darrel Sims, who I had some heated conversations with because of his position on abductions.

Jim recommended me to the Axiom Group (promoters) as the event manager for the Prophets Conference, which gave me the opportunity to have even more conversations with those supposedly in the know. Challenges for logistical needs were few, as I had contacts from other events. One such opportunity with Dr. Edgar Mitchell involved several conversations about our shared interest and life events. He confided in me about their encounter with a metallic silver cylinder spiraling around the LEM on the descent to the surface of the Moon. He also asked me not to share it until after his death, for obvious reasons, and I kept my promise. 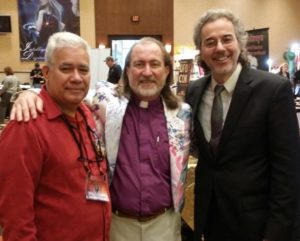 One of the newcomers who co-founded FREE and shared a video as proof that Edgar lent his name to the group, which seemed more like informing him of his intentions and Edgar just acquiescing out of politeness, took a personal stance and called me out as a liar because Edgar had not told him about the event. This same individual had stories of incredulous events he expected everyone to believe, and that he’d had an ‘awakening’ around 2012 that led him to his interest.

I’d made the effort to introduce him to many at his first IUFOC in 2015, informed Jeff Mishlove of FREE during my interview and did a lot of promotion for the organization and got repaid with self-righteous indignation. As if there were some fear of some kind, or perhaps envy, the distance turned into outright dismissal and rejection from the group he formed on Facebook. I find that typical of folks who reveal themselves over time to be less than ethical and perhaps have a moral compass that’s slightly off.

Speaking of Jeff Mishlove and the challenges of Earth, he mentioned one of his cohorts, who communicates with Non-Human Intelligence regularly, that ‘they’ see Earth as a series of pyramidal structures with alpha males at the top vying for dominance over people and planet while competing for territory. Our current situation with the pandemic is yet another example of the fallacious attempts to control populations, only it’s at a global scale now. This, too, shall pass.

I don’t have any investment in being known or having a following or selling books or any of the nonsense that seems to accompany those who want to dominate the field, let alone promote openness toward the subject beyond their passion for disclosure. We know they are there – now what? What’s next? Are we even thinking about it? Seems we cannot think our way through a system built on vibration – even the communication methods are frequency-based, so we need to sense the scene, right?

Challenge: How Can We Emerge? 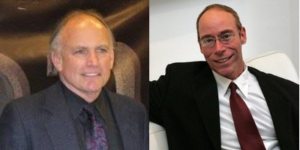 IMHO, the subject is far beyond sightings and encounters. We generally only take a cursory view, using faulty belief systems as our guide, and never explore the depths of the interdimensional interactions these intelligences and craft exhibit. If I recall some of what I’ve heard about the 1950s events, which Smith validates ‘they’ let governments know they were here, is that appearances and agreements were made initially with world governments. Those agreements were violated across the board… technology turned into weaponry… and so the withdrawal of direct contact and Plan B began… the systematic personal contact agenda and the elevation of consciousness from a grass roots level, so to speak.

I have to say I was pleasantly surprised with Romanek got his well-deserved reward. I’d had several conversations with him, with little eye contact and avoidance of direct questions that would have offered some validation to his experience. I determined then it was all a hoax and his unsuspecting wife got caught in the middle of it. The political correctness and lack of critical questions and conversations seem to hinder our progress as well. Folks who get flustered with critical questions tend to reveal their stories as being concoctions rather than reality. We should love critical thinking questions developed with the intention of sincere inquiry.

Luis spoke of the nature of the military interest in his 60 Minutes interview – “What is it? What is its intentions? What are its capabilities?” Those are great questions, yet they are still at a cursory level, imho, and the real challenges aren’t being addressed. Have interactions for a lifetime, those questions seem like more disinformation. We know what they are, were informed of their intentions back in the 1950s, and have reverse-engineered at least some technology from downed craft so we know some capabilities.

What we don’t know is the level of consciousness they possess and the understanding of how they can manipulate reality so easily. It appears that as one studies and/or practices deep spiritual practices, some of the answers begin to bubble up through experience rather than the intellectual investigation. Our ability to co-create (manipulate reality) emerges as well. It seems preposterous to consider ‘them’ a threat, which fuels that polarity between Elizondo and Greer.

Coming of Age – Challenges of Awareness

We all have the ability of ‘sensing’ and using that ‘sense’ to determine the resonance of virtually any soliloquy or conversational bits of data or even media. Instead of drilling down through the information and why we sense certain things, we dismiss our feelings and acquiesce to some nebulous notions presented by others as being ‘true’ when, in fact, it is not. We hear, “I believe you believe that it is true for you, but I’m not buying it.” Those statements usually come from ignorance and an unwillingness to explore an unknown with the curiosity of a child free of belief systems or preconceptions.

What is obvious to the most casual observer willing to step back and view a larger picture is that the communication from ‘elsewhere’ is nearly identical to the instruction of spiritual development that’s been around for millennia. Makes one wonder where those instructions came from in the first place. Seems the global or universal view is congruent, so the only threat is of belief systems crumbling as we become more aware of the need for harmony with self, others and Nature. It’s a natural evolutionary process for planetary civilizations.