Video interviews are first, with audio versions below so make sure you scroll down to get them all, or at least be able to peruse what is available. These are not all the interviews and some are obviously better than others from my personal standpoint.

Long before the curator interviews, Bruce hosted over 120 ONE WORLD television shows for public access from 1990 to 1992. He picked up the moniker of ‘Zen’ during production. Rodger Schnellenberger [RIP] interviews Bruce about the vision for ONE WORLD in this introduction. His insight and vision are noteworthy today.

This is a series of interviews at an event in Sedona. The time stamp didn’t get shut off so it never got aired, officially. It’s still a great smattering of possibilities and postulates. You’ll enjoy the variations on the theme.

More recently there are a variety of styles and types of interviewers. Some are engaged and truly inquisitive; some, not so much. Tuning in and delivering information as well as rationale brings a certain sensemaking to the process. The topic of Ufology, especially contact or experience, brings a certain sense of being an outlier looking for home.

The conversations are often circuitous and tangential, though the central theme is the quest for experiencing and understanding deeper levels of consciousness that empower our lives on Earth and potentially in the stars. We hope you find relevant and timely insights of your own.

In 2020 I put together a short video that encapsulates an understanding of the new living awareness our celestial visitors, or star families, invite us to share as a humanity, a planetary civilization rising to its natural state of harmony. My conversations below all revert back to the simple notions set forth here:


Conversations and Interviews Spanning a Decade

Near-Death Experience guest 572 is who during his NDE experience went into the light and beyond and then into the indigo where he was surrounded by points of consciousness. Zen was orphaned at birth and six weeks later adopted on the anniversary of his adoptive parents, Bob and Lou Benefiel, Zen was curious and explored questions few could understand, let alone answer. Many years later, the moniker of ‘Zen’ came from one the crew of a TV show he produced and hosted called One World.

Zen’s life and the quest for connection created opportunities for deep self-reflection and professional development; acquiring ministerial certification, an MBA in project management, MA in Organizational Management, Secondary/Post-Secondary teaching as well as hypnotherapy and transformational life coaching certifications. He has coached entrepreneurs and small business owners in business plan development, social media marketing and professional development; personal development facilitator on the fly, and by appointment. He also is a practicing transformational life coach, assisting those in career or lifestyle conundrums.

Zen Benefiel has been a contact experiencer all of his life. His journey started when he was just four. Two years later he had his first out of body experience and later in life, was taken to a three-sun star system by his guide and mentor (about 41 minutes mark). Benefiel covers a lot of ground in the following interview as he talks about the day his guide showed up, his first profound out of body experience, a near death experience, ufo disclosure and his ultimate “come to Jesus” moment.

What is practical mysticism and how is it applied? We start within, and optimize ourselves, and from there we lead by example in our interactions with others. But we must allow ourselves to be vulnerable, relax into life and pay attention to what we feel. This, on a collective level is the basis for the transition to the New Earth. Zen shares his extraterrestrial experiences, and a wide range of fascinating insights about reality, all with an understanding of practical mysticism as a foundation.

I suspect Martin wasn’t really prepared, and tossing in Kevin Randle at the beginning with no prior notice threw things for a loop with the juxtaposition. We went from hard-core materialist matters to the complete opposite with points of consciousness from an experiencer perspective. Our ‘perspectives’ are vastly different.  Here’s the response Martin left after the deletion: Interview with Zen Benefiel was removed due to the massive amount of listener complaints. For those who wish to watch it: https://fb.watch/6u5La1tsoi/

The folks meander through some of the contactee/experiencer events in Zen’s life as well as some of their own. Inquiries discussing UFOs, Zen’s personal paranormal experiences, and UFO disclosure? They ask, as a general question, what topic is of the most interest to him currently? Much of ufology, in relationship to interactions, is still a mystery with conflicting viewpoints from researchers; where experiencers are less so inclined.

In this curator interview, Zen presents and litany of possibilities to consider and has the host, Ben Axe, realizing that the offerings ‘make sense’ repeatedly. Imagine the possibilities of a world transcending the attempts of a ‘great reset’ and moving toward a ‘great awakening.’

We asked simple questions of a man who is far from simple and he DELIVERED! We hope you enjoy this discussion as much as we did.. Sit back, relax and get ready to go higher! Zen brought a new insight to our show. Each week we cover some pretty “out there” topics and
Zen’s perspective was able to ground some ideas that can be difficult to wrap one’s head around. It’s a rare guest who can collect spirituality, UFO encounters, and cosmic intelligence into a cohesive and comprehensible argument, but Zen made it happen.

From Jeff: Bruce “Zen” Benefiel shares some personal experiences that led him to become an active participant in the UFOlogy community. He describes in detail the vision, shared widely in the UFO community and elsewhere, that humankind is entering into a new era involving a planetary consciousness and the alignment of individuals with a larger, cosmic purpose. He acknowledges that this vision is feared by a segment of the population and discusses how to address fear.

From Jeff: Bruce “Zen” Benefiel describes his life history, as an individual who has heard voices since childhood. Looking back over the decades, he concludes that this has largely been a positive experience — and has enabled him to explore many interior realms. However, at one time he was warned by a friendly psychiatrist that he should be very careful regarding those with whom he shares these inner experiences.

From Jeff: Bruce “Zen” Benefiel speaks as a participant-observer sharing his reflections on the current community of interest centering on UFO phenomena. He describes his disillusionment with a nexus of individuals focusing on the notions of the Ashtar Command and the Galactic Federation. He describes various fears associated with the very idea of alien life forms. However, he suggests that we presently have no actual evidence that there is a reason to be fearful of UFO activity.

In this curator interview, Clint and Zen discuss similar paths and transformational processes that have imbued their lives with understanding and wisdom.

Zen was invited to participate in a virtual “Harness Your Creative Power” summit hosted by Gunhild Lorenzen and discusses the creative spark in the process of transformation.

This curator interview almost didn’t make it. Funding was cut for the series just after the interview and, after five years, the post-production was finished and the show delivered on the Winter Solstice of 2020. Perhaps it was a hold-up for the listening capacity of the audience to catch up. Look for more from Ron and Zen, perhaps.

Dave Nichols interviews Zen about Transformational Life Coaching and the nature of paying attention to one’s life path and synchronicities that lead toward fulfillment. Zen mentions opening the door to his true partner, after a lonely road of disappointing relationships. On October 30, 2016, she arrived.

This curator interview has a unique and very interesting virtual studio set up with Rick Scouler at the helm of his ship. This is the first time Zen shares his on-board experience from 1991 and the efforts to ‘make it easier to communicate.’

Post Winter Solstice of 2012, Adam interviews the soon-to-be curator about his series, Zendor the Barbarian – A new millennial myth about the battle between science and spirituality. 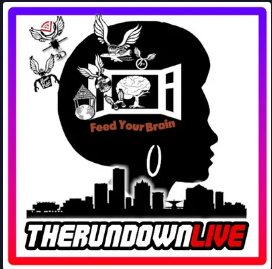 Are You Being Present

I recently came off a 30-year hiatus from previous interviewing for a show called One World I did in the early 1990s. There are many who share the same notions about consciousness beyond ufology, 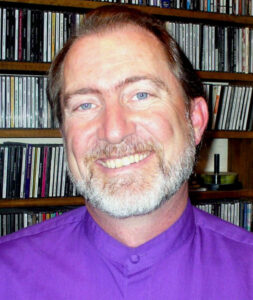 Just to offer a perspective of the guy behind the curtain or on the curator interviews podcast & videos… and a smattering of publications. 🙂 If you get the chance and feel like leaving a comment, please do it on YouTube where possible. Thanks in advance!

If you’d like to chat or reach out for an interview, please schedule some time and Zoom with Zen.

Some lives are meant to be enigmatic, mysterious and transformational. You’ll find this one to be brilliant, yet humble and conversant on many topical areas. From orphan to adoptee to contactee/experiencer to tv host and prolific author,

Zen is a rare find. His experiences are profound and his professional career spans multiple industries and accomplishments. Now primarily a transformational life coach, he is sought after for advice, guidance and leadership. More recently, in March of 2022, he was invite to and accepted a position as Executive Director of the Live and Let Live Foundation and Global Peace Movement. When he stepped in, there were 30+ chapters in development in 19 countries.

From Dudley Lynch, Co-Owner and President of Brain Technologies, Inc; author of Strategy of the Dolphin and The Mother of All Minds, “I consider Zen to be one of those superlative examples of what the human brain can store and serve up in unique and appealing ways at will on most any occasion or assignment. To say his range of knowledge and interests are “eclectic” is engaging in understatement. And this is what makes his services as a “possibilities coagulator” for his clients so valuable and exciting. Smart fellow! Great ally!” 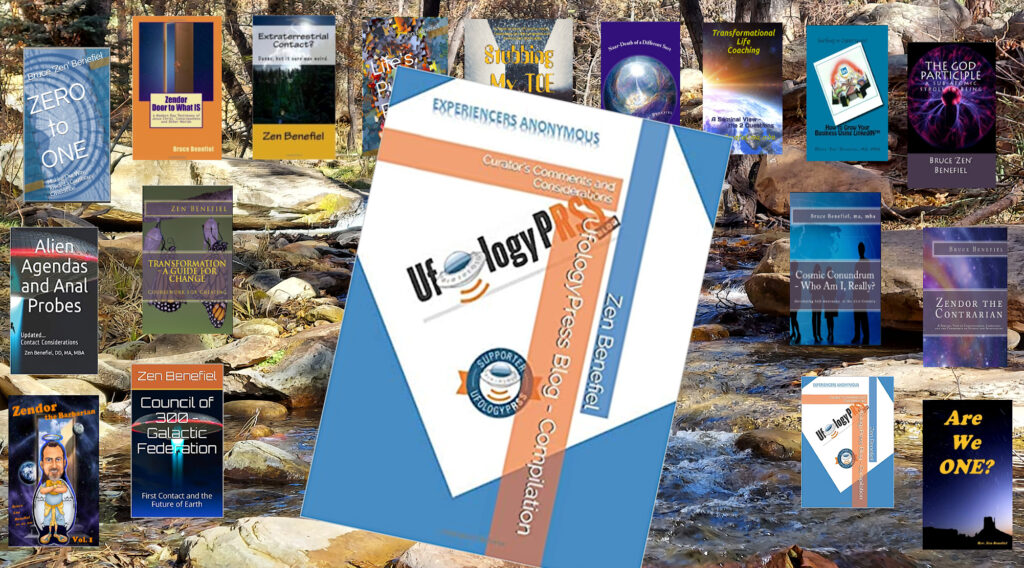 Get your free download of UfologyPress.com's blog compilation from nearly a decade of posts on a variety of topics.

You will receive a link to download within a few moments after submitting your email. We don't spam. Your email is sacred.

And now for something completely different….

I’ve been playing drums for, well… a long time. This is a recording of Outcasts and Social Misfits with me on drums, having a blast as usual.