And a wonderful Monday morning to you all. It looks like we had some interesting news hit the airwaves this last weekend (re: DoD Secret Program revealed) scooped by and on both New York Times and Politico on Saturday. Of course, Anonymous picked it up and put together a straightforward piece about it.

Apparently it was time for a real discussion to take place with notable sources. The New York Times released an article on Saturday, December 16, 2017, By HELENE COOPER, RALPH BLUMENTHAL and LESLIE KEAN. LESLIE KEAN is an investigative journalist who has been published in the “Boston Globe, Baltimore Sun, Atlanta Journal-Constitution, Providence Journal, Nation, International Herald Tribune, Globe and Mai”, and “Journal of Scientific Exploration”, among other publications.

Whether this is part of an effort at disclosure or a cover-story from investigative reporting, the fact is many have known of the covert involvement for decades. What remains to be known is the exact nature of the ‘visitors’ and whether they are truly a threat or not.

WASHINGTON — In the $600 billion annual Defense Department budgets, the $22 million spent on the Advanced Aerospace Threat Identification Program was almost impossible to find.

Which was how the Pentagon wanted it.

For years, the program investigated reports of unidentified flying objects, according to Defense Department officials, interviews with program participants and records obtained by The New York Times. It was run by a military intelligence official, Luis Elizondo, on the fifth floor of the Pentagon’s C Ring, deep within the building’s maze.

The Defense Department has never before acknowledged the existence of the program, which it says it shut down in 2012. But its backers say that, while the Pentagon ended funding for the effort at that time, the program remains in existence. For the past five years, they say, officials with the program have continued to investigate episodes brought to them by service members, while also carrying out their other Defense Department duties.

And straight from the horse’s mouth, so to speak… 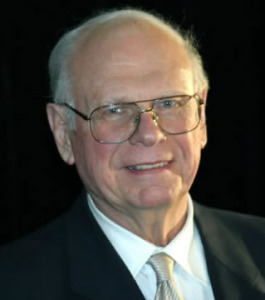 Defense Minister and one who would know about such things, disclosed some time ago that they [Military Industrial Complex] know the ‘visitors’ are no threat to the population of Earth at all. So why do we continue to build arsenals to combat them?

It is assumed that the economy based on military spending wanted to keep this information under wraps so that their black budget ‘space’ defense items would not be questioned. After all, whether we realize it or not, the majority of our economic system is funded in some way through military spending whether directly or indirectly. Peace is not profitable, yet.

There are many who are helping to reveal the truth about UFOs, their inhabitants and the interactions with humans that seem to be more about raising our consciousness and in turn our behavior toward each other and our planet than any perceived or real threat. The only threat is to the nature and purpose of the economic system-driven Military Industrial Complex. Once exposed, the possibility of adverse effects on the global economy is more of a threat than any alien agenda.

As a population, intelligent and understanding of the predicament, we are compelled to be collaborative in our change management and the shift toward a different ‘new world order’ than had been planned by the MIC leadership. It seems anti-climatic, though, since at least a portion of the population has been aware programs like this have been going on since the Roswell incident. We’ve benefited greatly from the technology that has been reverse engineered.

On the other hand, perhaps the technology that has been used for military applications might be re-purposed for life-friendly activities instead. Peace is not only profitable to us all, it is perhaps the most natural order we could possibly ascend toward. It does take a shift in our current consciousness for it to happen, though.

How this shift will happen and what might we expect are more important questions. One group that is headed by Steve Bassett, Paradigm Research Group, has been lobbying in Washington for disclosure for quite some time. If you are interested in following Steve’s work, follow the link and sign up for their newsletter.