I went through a flap in the 60s, two years of what seemed like bi-weekly encounters on board an orange cigar-shaped craft at least a mile long it seemed. Was there an ET Hybrid connection? For a long time I entertained the possibility of my other-worldly origins because of an adoption and records that had been impossible to find as they had been destroyed in a flood. It stood reasonable, I suppose, especially because of the kinds of encounters I had later in life. I secretly hoped it was true, yet I wasn’t sure.

Considering one’s life to be in a different order than others is quite the journey. You have to face a lot of possibilities and yet not be attached to any of them. Why? Because you really do not know. In the process of asking questions, many answers appear as well. Some offer a kind surreal vision of integrated consciousness while others try to string stuff together that really doesn’t make a whole lot of sense. It all has to be ran through the sensory filters… is it true? 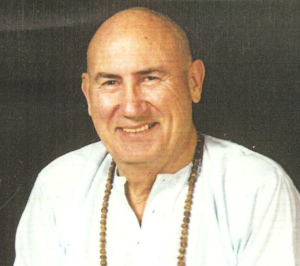 My wife gave me an Ancestry subscription our first Christmas and a year later my half-sister showed up, leading to my birth mother in January of 2019. I was 61. She was still living in Indiana, a dozen miles away from where I grew up. Now I have a clearer lens from which to see deeper into the mystery of the phenomena and how humans are far deeper and more powerful.

I found out I’d met my birth father many years ago in Phoenix, and at a UFO discussion group of all things. We had no idea who each other was, connected at a deep level, and he invited me up to his cabin in Prescott for a weekend to attended a discussion group that included some women who claimed to have hybrid children somewhere, from earlier abductions, implantations and early removal of embryos which indicated an ET Hybrid reality.

Now knowing how powerful our minds can be in creating internal environments that seem absolutely real, they may not be so. Dr. Burkes speaks often about the holographic experience, too. In our current state, with all the inner symbols and representations of aspects of the psyche or other bodies from different planes of consciousness, it seems a desire or regret can produce elaborate internal experiences in the right altered state. 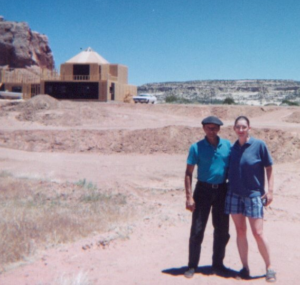 Then I have to think about a guy I met 30 years ago when I was hosting a television show. I was well-known in the metaphysical/ufo community at the time, though my guests spanned societal positions and roles. Following up on a strong suggestion from a mentor, I saw almond-shaped eyes on the other side of his physical eyes about 30 seconds into our conversations. Was I staring into the eyes of an ET Hybrid? I didn’t know whether some entity was peering through or it was an aspect of him that no one seemed to know, such as actually being a hybrid. He seemed absolutely human, and a bit over-confident of himself.

We’d locked eyes and neither one of us blinked for long periods of time. I didn’t say a word then, didn’t even have any micro-expressions that I was aware of, which he told me later was surprising. A week or so later we had a follow up meeting and I asked him about his eyes. He said I was the first one to ever ask, and then shared a story about the abduction of his mother. I have to say over the 30+ years I’ve visited, he’s seemed like you and me, sequestering up on the Navajo reservation for most of that time.

One of the stories he shared some years later, after receiving a call from Hawaii asking if he could crash at my place to heal. I had no idea what he really meant, and said yes anyway. He’d had an interesting surgery the left him with staples down his chest that he showed me upon arrival. He shared that he’d worked for our government as an assassin for the last decade, one of three that was still alive. A highly trained ET Hybrid put to work? I suppose someone has to take out the trash, horrible as it is. 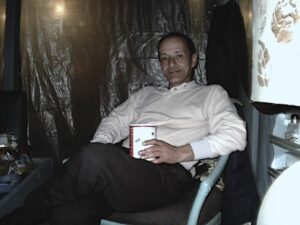 He was mortally wounded and the only survivor from a recent mission. The surgery was a result, literally brining him back to life. He had a wallet-sized bulge in his abdomen now, a defibrillator attached to his heart. It was unique to say the least. He was now officially out of the business and Initially I was appalled, then I had to think a bit deeper. He’d shown no signs of being anything but a caring, loving man even with his over-confident attitude. His unit had been tasked with taking out guys that didn’t want to play well with others.

I’d be a fool if I didn’t question the motivations of the various races and civilizations visiting Earth now and in our history. He didn’t want to share his knowledge of being a hybrid, but he did share that he’d had a few onboard experiences, completely conscious and volitional. The first just outside Kansas City where he’d felt compelled to leave his job as a bouncer in the middle of his shift and drive out into the country.

Stuff like that you can’t really explain why you get the feeling, it’s just overwhelming and yet he also had the ability to follow his inner prompts. When he arrived at a certain location, he pulled off the road and literally ran up a hill as fast as he could. At the top he could see a saucer-shaped craft on the ground not 50 yards away and continued to run down toward it. He said about half-way down he got hit with this green light that made his knees buckle for a moment. He explained it was a bio-hazard kind of thing so that he didn’t contaminate their environment.

Once on the ship they sped off and he saw the Earth disappear below him through the bottom of the ship, transparent on command and yet indestructible. Their journey took him to a world that was like Earth, yet the society was completely free of war and any deplorable situations we might have on Earth. He was hugged at one point and in an instant he felt he merged with the other and felt a sense of love beyond anything he’d dreamed possible. Is this also a potential ET Hybrid experience or are humans able to have it, too?

It was an open and loving civilization, polygamous without any emotional baggage whatsoever, or so it seemed to him. He stated in our interview that he could love deeply, but it was no match for what he experienced from these beings. Oh, they looked human as well. I think he said they were Pleiadeans, but didn’t know from which planet in their system. We don’t seem ready for that kind of depth in relationships outside our immediate family.

Now you’re in for a treat, as the interview was one I was able to save from the annals of the Dimension Cable system. What you’ll find is a similar theme consistent with many of the ‘experiencers’ who have shared their stories over the last few decades. Something to ponder, perhaps.