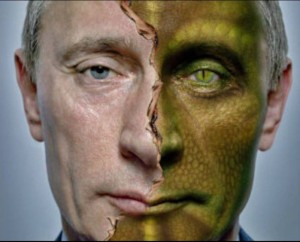 What about ET Human Hybrids? Are they humans in drag? I was fortunate to have a few moments with Grant Cameron before and after a recent presentation at the Phoenix MUFON group. Jim Mann and Stacey Wright have grown this group considerably and always provide great presenters, attracting folks from across the state in response.

I had been anticipating a brief conversation and the opportunity to share my second volume of Zendor the Barbarian in hopes of stimulating further conversation. Both were realized and then some. I hadn’t been to a MUFON meeting in over a year evidently and had been missed. I was able to enter and spend a bit of time with Cameron while others waited. I really appreciated the freedom Stacey offered. I was able to have some real quality time and in-depth conversation quickly.

Grant’s blog outlines his presentation that involved the notion that UFO experiences and experiencers have been happening in phases, with one leading toward the next in a gradual introduction or potential induction into a larger society. Of course there are some concerns for any dominant culture’s attempt to influence a society, let alone an entire planet. However, their superiority could have taken the form of planetary conquering long ago if that is what they were truly after in my humble opinion. Still, we have an enigma on our hands. What do they really want? What are these so-called ‘flaps’ of activity leading toward?

The focus of the conversation I was taking perhaps would take Cameron’s work to a new level. I was asking questions about the next level of Ufology inquiry – where are the hybrids? If these abductions/contacts involved harvesting eggs and semen, then where are the kids? If there has been interactions with the human population for thousands of years, how can we be sure there are not thousands if not millions of hybrids here already, either aware or unaware of who and what they are to date?

Our after dinner conversation brought up Dr. Jacobs work and the reports of a group of hybrids (not integrated into society already) being kept somewhere in the US. They weren’t captives, but being introduced to planetary protocols and systems gradually. For instance, there was no concept of furniture or its arrangement in an apartment-type setting. Be that as it may, my interest was more practical (I thought) in the notion of humans with lineages who were already perceptually human, meaning they were probably adopted and raised by families unaware of their advanced nature, yet quite aware of their advanced athletic and academic performance levels.

Cameron’s presentation included the obvious influence of higher-than-human intelligence on the production of music and with specific musicians who had professed their belief in extraterrestrials and UFOs for the entire careers, not always finding public favor I might add. Nonetheless, their music was affected and so were their audiences – millions and possibly billions affected by the airplay over years and years of popularity. For the moment, let’s get back to the question of hybrids and what Dr. Jacobs has to say…

I’m familiar with Dr. Jacobs as well, but I haven’t had the opportunity for a face-to-face yet. Cameron refers to him as well and John Mack. It is my opinion that, although his work (like John Mack’s) is revolutionary, it still leaves certain questions unasked and unexplored. He remains unclear about the ‘process’ as he refers to it. It is my opinion that there is a more subtle and profoundly integrated process of universal order in play. I’ve had reports in working with folks using the Multi-Plane Awareness technique that include seeing their ‘natural’ bodies on other dimensions as various forms we currently call extraterrestrial. I’ve also found that in particular ‘soul gazing’ events (long and lingering looks into the eyes where participants ‘gaze’ into each other) various facial morphs occur, some of them into other races.

So this gives rise to the question of their specie of origin even though they are human in this physical dimension. I’m not sure that there is genetic manipulation occurring. My own experience includes an ‘abduction’ (which I would have consented to so I don’t see it as an abduction per se) in which I awoke with electrodes lining my sphincter and later was told they were part of the process of raising my vibration so that it was easier to communicate. The science fits using the perineum as a direct connect to the spine and central nervous system. Could we indeed be the condensation of consciousness that manifests in human forms due to planetary protocols? Is our evolutionary path inclusive of remembering this process of condensation of consciousness (the gradual lowering of frequency into form)?

What are your thoughts?