Do you believe we’re being visited by UFOs? Steve has been a lobbyist for government disclosure of the UFO presence in our skies around the world. His story doesn’t particularly have a spiritual awakening, though his passion for this topic began as a young boy and continues.

His interest in science and sci-fi, especially with aliens, prompted a deeper exploration into the UFO phenomena. As he matured, even as a teen, he knew the reports of UFOs and interviews of witnesses clearly indicated an extraterrestrial presence. Surprisingly, he’s never had a direct experience with a UFO in his 30+ years of advocating disclosure. 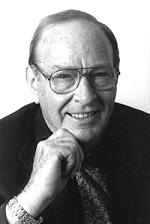 Dr. Edgar Mitchell, the sixth man on the moon, was a speaker at an event Zen managed in Phoenix a couple of decades ago. Edgar revealed that on their way to the surface of the moon in the Lunar Excursion Module, a metallic silver cylinder was spiraling around the LEM nearly all way down to the surface. He knew it was nothing from Earth and wondered how long the inhabitants controlling it had been on the Moon.

Steve goes on to talk about the world-wide phenomena of the disc-shaped craft showing up at ICBM sites and literally shutting off the power to everything. He and many others are still curious as to why they did that. Speculation might lean toward sending a message that they were protecting people of Earth from themselves. We don’t know.

Will our government disclose information about the UFO presence? Steve mentions presidential candidates, advisors and reporters that had chronicled their involvement in over 400 articles written around the world at the time.

Imagine the challenge across agencies in the government that held information, such as the Military Industrial Complex, that were the reason for the ‘truth embargo’ and ‘protectors’ of the nation. Alas, the plans were thwarted as the candidate wasn’t elected.

Steve shares much more of his longstanding investigation and tumultuous journey to bring the UFO mystery to light, from National Press Conferences to Congressional Hearings.