A New Time, A New Way

The bridging of worlds and embracing harmony happens through attention, intention and action. Paradox becomes understanding. It really isn’t all that difficult or mystical, just folks refuse to be accountable for how they feel and think, or question whether it is desirable or undesirable in the cosmic playing field of consciousness.

Belief systems are pounded into us from childhood and are largely based on ‘fitting in’ to a society built on supposed religious tenets, yet the obvious conditions we see in public now are just the opposite. Loving one another appears to be unacceptable; a paradox. This is what puzzles our visitors, how we can be so primitive still.

Paradox: Entropy is the guiding force in physics, but is it true?

There is a natural order that defies what we’ve previously thought about entropy, and, from the central core of our being there is no polarization. Everything is indeed ONE.

How does that ‘oneness’ reflect in our outer activities?

Negentropy is the notion of the movement toward natural order and it begins with an internal perspective, not an external one. This creates the inner/outer paradox.

I’ve listened, researched and studied many theories. My queries have most often been about understanding not theorizing. It’s an internal approach instead of an intellectual one, where the access to consciousness is available.

Thinking our way through a system built on vibration isn’t working. Earth science/physics primarily focuses on entropy in the outer world, neglecting to include it’s counterpart of negentropy in the inner world. It’s certainly a paradox. Universal science, it’s laws and order, is apparently up for review to those who peer inward now.

We have to explore and feel/sense our way through the system (holistic by nature) and let the understanding emerge or emote from within. Most folks haven’t got a clue how to do that. They are uncomfortable with vulnerability and fearful of suspending belief systems in order to actually test them for validity.

Love, indeed, is an action. Fear and love can coexist in the world for only so long before the conflicts need to be resolved and an evolution of our planetary civilization takes place. We’ve faced with that today and there is no ‘fast’ way through the transition, even though we’ve conditioned ourselves to ‘breakthrough’ experiences… even in the drive thru.

I’m used to playing the outlier role, presenting points that are perplexing as well as profound. I love the process as it is quite inspiring for me. Whether other folks can grasp the intensity of the discoveries may not be relevant. I can’t live my life according to the dictates of others, nor should you. Right? We have to know and, it is said, the truth shall set us free. 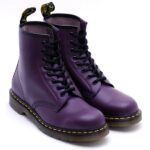 What kind of paradox do you have?