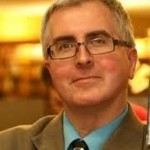 An astronomer, Chris Rutkowski has been studying reports of UFOs [or PFTs – “pesky flying things”, as he sometimes likes to call them] since the mid-1970s. A writer and editor for science and technology publications, he also writes about his investigations and research into UFO cases.

Chris publishes, along with Geoff Dittman, ‘The Canadian UFO Survey‘, an annual compilation of UFO Reports from across Canada. They pull double duty with Ufology Research Blog.

Chris has had five books published: ‘Visitations?’ (1989) and ‘Unnatural History’ (1993), the latter of which is in its third printing. ‘Mysterious Manitoba’ (1997), co-authored with Dave Creighton and Brian Fidler, 1997, ‘Abductions & Aliens – What’s Really Going On‘ published by Dundurn, 1999 and The Canadian UFO Report with Geoff Dittman. Apparently there may be more, though, as A World of UFOs, I Saw It, Too! Real UFO Sightings and The Big Book of UFOs are also under his name.

The Canadian UFO Reports is a popular history of the UFO phenomenon in Canada, something that 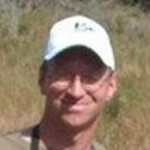 has captured the imaginations of young and old alike. Drawn from government documents and civilian case files – many previously unpublished – the book includes a chronological overview of the best Canadian UFO cases, from the very first sighting of “fiery serpents” over Montreal in 1662 to reports from the past year. There are chapters on the government’s involvement with UFOs, UFO landing pads, media interest, and even UFO abductions.

Stop by and visit their blog and tell ’em we sent you. Maybe they’ll post our PRSS Corp Member Badge.