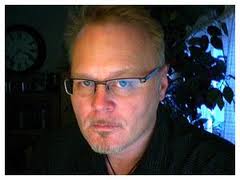 
Scotty Roberts has his hands full. (from elsewhere) Scott Alan Roberts is the founder and publisher of Intrepid Magazine, a journal dedicated to politics, science, and unexplained phenomena. He is a radio show host, popular public speaker, and stand-up philosopher. He has been interviewed on scores of radio shows and was editor-in-chief of SyFy’s Ghost Hunters magazine, TAPS ParaMag. He attended Bible college and theological seminary, working toward his master’s in Divinity, but left for a 33-year career in advertising and publishing as an art and creative director, designer, illustrator, photographer, and writer. He lives in rural Wisconsin with his wife and children.

Have you ever questioned what conventional historical studies tell us about humanity’s ancient past? How often do you wonder if there is more to the world around us than what our everyday existence would reveal? Many would balk at these kinds of ideas, and not just because respect for the principles set forth within a consensus view of our reality requires less work; it is all but demanded by our mainstream academic institutions today. As the late zoologist Ivan Sanderson once wrote of his frustrations with establishment opinions, “is it that these people cannot face rewriting all the textbooks?”

Intrepid Magazine is a publication that focuses on subjects that are typically shunned by mainstream news sources, and while maintaining respect for the consensus body of scientific and historical knowledge, we also seek to explore more thoroughly the potentials that exist beyond accepted beliefs and popular opinions.

In large part, the summation of humankind’s knowledge may be an accurate representation of what we claim to know about our origins. And yet, it also seems, at times, that is has become less couth for the modern thinker to exhibit skepticism when weighing the possible alternatives in relation to human history, philosophical thought, and scientific understanding of the natural world. Such things as peer review and use of the scientific method are often invoked (and rightly so) in relation to the serious study of phenomenon taking place around us. And yet, at times it seems that these virtuous applications are conditional in their legitimacy; science will accept your research only as long as one limits the scope of their interest to conventional models and ideas.

Intrepid Magazine advocates an open minded, but also a reasonable approach to understanding the strange and unusual, history’s mysteries, and other questions that remain unanswered about our world.

We live in a culture that is willing to be bought and sold, and therefore if you want the big dollars that only larger corporate backers can provide, you must also be willing to compromise your principles, and peddle ideas and products that best suit their interests. Sadly, the unconventional ideas that Intrepid Magazine chooses to focus on, such as ancient mysteries, anomalous phenomenon, political conspiracies, and other “edgy” subject matter seldom interests the pursuits and agendas of such financial backers. That, in large part, is why people like us remain frustrated; getting an unconventional message to the masses—even if it’s a reasonable one—is far easier said than done… and it’s nearly impossible without at least marginal funding.

Intrepid Magazine proudly exists within a framework of individualist ideas and expression that has existed throughout the last century, and looks boldly toward the bright dawn of tomorrow. Reminded of the words of the late William F. Buckley Jr,  “It stands athwart history, yelling Stop, at a time when no one is inclined to do so, or to have much patience with those who so urge it.”