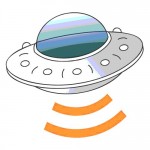 The Ufology community is a close knit group that shares information readily. It is a far cry from the early years of mimeographed newsletters and poorly printed books that dedicated folks made sure got in the hands of those who wanted to know more about ETs and UFOs. From the early ‘eyes only’ and ‘top secret’ documents that ‘leaked’ out we now have retired CIA and NSA officials who are offering testimony to retired congressional members. We’ve come a long way, baby.

There have been communications, apparently beginning in the middle of last century, that some believe are directly from extraterrestrial sources. These communications were supposedly ‘channeled’ to specific individuals who apparently were selected for such media outlets. Can we determine whether these sources were legitimate or just well-wishing citizens? Do we have the science to determine whether or not this was real? If not, then could it be possible? It is well known that telepathy has been proven to exist beyond reasonable doubt.

Researchers have been preoccupied with the material manifestations that provide solid proof of the existence of extraterrestrials for over half a century now. Recent releases of information hint that there is a non-linear or non-local experience that has or is happening to those who’ve encountered craft, either accidentally or on purpose.If we can believe any of the recent Citizen Hearings, then disclosure is not something we are waiting on, its already happened. We know we are being visited.

We seem to be pushing the boundaries of math and science, attempting to describe circumstances and experiences with a language that is challenged if not incapable of presenting the whole story. Is there something more we are missing? Are we moving toward a new kind of contact?

(We use PayPal but you don’t need an account with PayPal.)