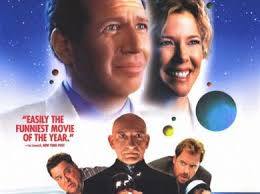 “What Planet Are you from?” is the title a cute comedy film about a lovesick alien who has a change of heart about wanting to take over the Earth. It is also the question that many “Earthlings” might ask if they were to meet a live ET.

According to the highly speculative popular UFO literature many assertions have been made claiming the source of origin of UFOs to be from one star system or another. Top answers to the question include Zeta Reticulae, Arcturius and the Pleiades.

In the 20th century alone, over 100 million humans were killed in wars and revolutions. UFOlogist Stanton Friedman has described the dangers of exporting our “brand of friendship” to the stars. Therefore it is extremely unlikely that any information we receive from the so-called ETs about their planet of origin will be accurate as self-preservation is a sentiment with universal appeal.

I remember the term that Grant Cameron has applied to the messages that experiencers receive from alleged ET sources. I believe the term is “the signal-to-noise ratio, (often abbreviated according to Wikipedia as SNR or S/N). In scientific applications it compares the amount of useful signal to background noise.

SNR can also be used to compare the ratio of desired information to irrelevant data in say an online discussion. The “noise” here might be off topic comments that prevent relevant data from being exchanged.

When UFO researchers are given supposedly accurate information from unacknowledged sources, opportunities to verify the data are often non-existent. Thus by dutifully repeating such unverifiable accounts, a journalist or UFO researcher runs the risk of disseminating disinformation meant to confuse or deceive the public.

When it comes to encounters with representatives of what might be called “higher intelligence agencies,” the so-called aliens can be reasonably expected to be doing something very similar. What experiencers are told is probably a mixture of some true information along with misinformation. Also it is likely that human experiencers might not have the capacity to accurately transmit knowledge that is beyond our level of comprehension. Experiencers’ narratives might therefore reflect human limitations and not necessarily a deliberate attempt to deceive.

As a part time organizer of networks of contactees that I call “the contact underground.” I count myself among the saucer faithful. It is my assessment that the UFO phenomenon is likely ET in nature and that attempts to peacefully interact with UFO intelligence is the socially responsible course of action.

This endeavor understandably is considered to be fringe by the larger society. Alas contactees have also been disparaged by important elements of the UFO research community. Important groups like MUFON in my opinion focus too much on collecting sighting reports and do not follow protocols that would enable investigators to directly interact with the alleged ETs.

It is nearly 70 years since the Roswell Incident and I am compelled to ask how much more can we learn by categorizing the shape, color, position in the sky and other physical parameters of UFOs? Like it or not, if we are going to advance our knowledge of the phenomenon we are going to have to do as Grant Cameron has suggested in his many public talks and that is to “Talk to ET.”

This is what I imagine the contact movement is attempting to do. Although the signal to noise ratio may not always be the best, directly interacting with UFO intelligence and staging Human Initiated Close Encounters (HICE) is a path that increasing numbers of citizen investigators are choosing.