The media is starting to pay more attention to the reality of off planet visitors and, most recently Mr. Bassett was interviewed regarding such. It’s been years of hard work for this man and many others who’ve been supporting the Disclosure Movement.

Decades of work are beginning to pay off and everyone deserves a pat on the back, even the dissenters. Without them [dissenters] the drive to disclosure would no doubt have less passion. Below is Mr. Bassett’s most recent interview with more to come. Make sure you get plugged in to the Paradigm Research Group for updates and more….

On November 5, 2014 Paradigm Research Group (PRG) began shipping the 30-hour video record of the 2013 Citizen Hearing on Disclosure (CHD) to all congressional offices. The 10-disk DVD sets included a letter signed by the CHD witnesses asking for new congressional hearings on the extraterrestrial presence issue.

Since November 5, over 1,000,000 Twitter, Facebook and email messages have been sent to congressional offices announcing the Congressional Hearing Initiative (CHI) and the DVD set deliveries.

Hearing ended its run on the White House website on February 5 with 13,897 signatures. Of the 68 active petitions it was #3 at that time. The petition accomplished its primary mission to inform the White House of the Initiative. [Why send a letter or email to the White House few if any will see when you can post your message on its website for a month?]

Scores of military/agency/political witnesses of rank and station are prepared to testify under oath now before an appropriate congressional committee regarding events and evidence that collectively confirm an extraterrestrial presence. The top extraterrestrial related phenomena researchers in the world are also ready to testify. Areas of testimony would include numerous instances of nuclear weapons tampering, the history of a government imposed “truth embargo,” the Rockefeller Initiative, thousands of commercial/military pilot sightings, exclusion of the White House and the Congress (including the House and Senate Intelligence Committees) from briefings on the extraterrestrial presence issue, the Roswell, NM events of 1947, and much more.

The CHI is getting expanded coverage including the Washington Times, Roll Call, Mother Jones, MSNBC, New York, Huffington Post and the Chicago Tribune. More coverage is pending. In addition to print coverage PRG has given four dozen media interviews and more requests are coming in each week.

Meetings with congressional staff are underway on both the House and Senate side.

I’ve had the pleasure of knowing Steve for nearly two decades or so and find his work exemplary of making sense common… doing what needs to be done. Until we acknowledge the reality of ‘what is’ we cannot move forward collectively toward any harmonious end. It takes all of us to participate in some way, sharing the truth as only each of us can.

To help get yourself acquainted with the CHI more in-depth and up close, you might consider getting a copy for yourself so you can share with friends in a more intimate environment, or even publicly in local meetings. Here’s the link for purchase: Citizens Hearing on Disclosure: The Official Testimony. 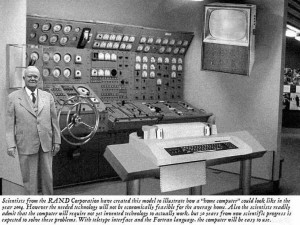 Ufology began in the late 60s when the RAND Corporation (then a leading contractor for the U.S. Air Force) crafted a document that would become the guide for Ufology-related activities of that time, titled ‘UFOs: What to Do?” Rand’s vision of the home computer turned out to be far from the actual events. For years the document was denied, but eventually surfaced and is available in its entirety on the NICAP website. Was it more suitable to the future of Ufology? It begins…

Common sense is the quintessence of the experiences and prejudices of its time. It is a most unreliable advisor when one is confronted with a perfectly new situation. Gustav Naan

UFOs — unidentified flying objects, or flying saucers as they are often called — have been on the mind of the public for at least the last 22 years. For a number of reasons, we know little more about them now than we did at the outset. There exists a great amount of misinformation about the phenomenon not only in the minds of the public, but among educated groups such as scientists as well. It is the purpose of this series of essays to describe various aspects of the phenomenon, make clear my prejudices and the reasons for them, and to suggest a means of proceeding on this interesting and potentially very significant problem.

Who is Stephen Bassett?

Stephen Bassett is a leading advocate for ending the 65-year government imposed truth embargo regarding an extraterrestrial presence engaging the human race.  He is a political activist, lobbyist, commentator, the executive director of Paradigm Research Group and the Extraterrestrial Phenomena Political Action Committee (X-PPAC) and executive producer of the X-Conference.  His work has been covered extensively by national and international media.

In September of 2011 Paradigm Research Group submitted a Disclosure Petition to the White House’s “We the People” project which generated a response from the Obama administration on November 4, 2011.  This response was the first time the executive branch has put a position in writing on the ET issue and is a milestone.  A second Disclosure Petition was submitted on February 23, 2012 designed to draw attention to the Rockefeller Initiative (1993-1996).

Concomitant with these projects is the continuing public awareness work via the PRG website and media appearances coupled with lobbying of the political media to take notice of what is easily the biggest and most important news story in history. Just how deeply involved is the extraterrestrial presence with our world and its people? Are they really living among humans? What do they want? Are they dangerous?

With the nation and world moving into new and troubling territory, Mr. Bassett will continue to work to create a broad based coalition within the extraterrestrial phenomena research/activist community capable of reaching out to the twenty million plus American citizens who are following the politics of disclosure with interest and concern.   The aim is to form a political awareness of sufficient size to meaningfully influence government policies and actions leading up to and following the formal acknowledgment of the extraterrestrial presence.

I have known Stephen for a couple of decades now, with a few personal chats and 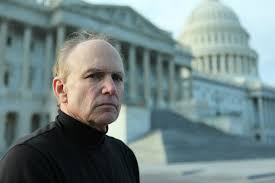 discussions about Ufology and his unyielding efforts to bring the Disclosure issue to the proper authorities. There are many who have been working toward disclosure, including Dr. Greer, that have brought credible folks together to share their stories. None, however, have been in the limelight in Washington, DC like Mr. Bassett. His work to constantly keep Disclosure (ET and UFO) in the Government’s ears and eyes is nothing short of a lifetime achievement and commitment.

Today concerned citizens have a way of assisting this effort. The recent Citizens Hearings are now on DVD and one of the Paradigm Research Group’s next projects is getting copies into the hands of Representatives and Senators. There is also a film in development about the work and how important it is for our development as a nation and world. Steve and the Paradigm Research Group, as well as many legitimate ufologists campaigning for disclosure, needs your help to keep the pressure on Washington, DC. Grab a copy of the Disclosure Dialogues