A Question of Consciousness

Curious about non-human intelligence? First of all, the current state of affairs in our world might indicate humans aren’t as conscious or intelligent as we think. Even knowing we are interdependent on Earth, we still fail to get along. How can we perceive non-human intelligence with that kind of a background?

Central to that intelligence is making sense, which many of our current systems do not, including the massive confusion around the world right now. We have a dichotomy of belief systems and the cognitive dissonance in our society that proves we are challenged to follow any prudent path toward harmony.

On one side, a fear-based system about the command and control of resources lead by a small but powerful number of corporations and people. On the other side, a love-based system about learning how to create harmony among people and planet that fulfills an evolutionary path consistent with advancing intelligence that includes thousands, perhaps millions of people globally.

The former has little intelligence beyond understanding how to manipulate people, places and things. Manipulation doesn’t always have detrimental results. The latter operations take us to a new living awareness that engages an understanding of all things being connected, not necessarily knowing exactly how. It leads to studying systems and learning how they integrate best.

We’ve got the technology now that can share that information immediately and reach millions of people through social media networks. Perhaps our next step is a peer-to-peer collaborative information system able to store and serve up challenges and solutions in perfect timing for the next phase of our global village. To be able to position ourselves to look from this perspective I believe is imperative in order for us to have a sustainable future. 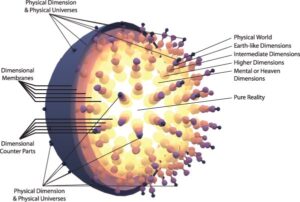 Non-human intelligence would seem to include the ‘kingdoms’ of order, from the elemental to the universal. Non-human intelligent beings seem to have a holistic understanding of systems beyond anything humans can imagine. In the development of understanding, intellectual or spiritual paths, it becomes apparent that humans aren’t as high on the coexisting scale as we’d like to think. We seem to have misunderstood the ‘have dominion’ for ‘have control’ instead of ‘have good stewardship.’

It’s been our habit to condemn and/or destroy what we don’t understand or have never encountered. We’ve also allowed flora and fauna to become extinct as well as decimating habitats and ecosystems. It seems counter-intuitive to ‘intelligence’ and yet the pattern is and has been ubiquitous throughout humanity for millennia. Is it possible that non-human intelligence, in whatever form, might be intimately connected and humans, as ‘free will’ characters in the play, have just been afraid to explore that possibility without fear and with an open mind and heart?

A recent interview that Jaime Maussan, whom I’ve known for decades, did with Dr. Michio Kaku at the World UFO Congress in Barcelona, Spain revealed a new perspective on ‘disclosure’ and the burden of proof. Military videos released show that UFOs are indeed a reality. Now the ‘burden of proof’ is on the military and/or government to prove they are not real.

Dr. Kaku also goes into the Kardashev scale and notes that advanced civilizations would have technology that we probably would not be able to understand, let alone communicate with them in any kind of human ways we engage.

I had also written a blog post on frequency a couple of weeks prior to the event, noting the probability that Type III civilizations would more than likely use vastly different types of communication methods that were effectively ‘dumbed down’ in order for humans to be able to recognize the attempts.

I believe strongly that several methods are obvious, from the crop circles to the high frequency tones that most experiences report accompany their ‘contact’ events.

In an interview from August of 2018 with Dr. Jeffrey Mishlove, we explore the notion that these frequencies hold vast amounts of information.  An experienced meditator, for instance, is able to find repose in the silence within. In this same place there is a frequency that most are able to recognize, or at least acknowledge it is there in the background, underneath the visual or auditory display encountered during deep meditation.

It has been my limited experience that this frequency can be focused on and, as one does, another world opens on what we’ve called the ‘inner planes’ of consciousness. The experiences are non-linear and non-local, yet are often called ‘downloads’ because of the rapid-fire information exchange that occurs. Regardless of what the process is called, the events happen and people are not necessarily equipped to articulate the experience in any observational way.

Non-human intelligence across the gamut of types of civilizations and the many worlds we are told exist from the ancient texts and modern explorers has traditionally been kept and labeled in categories that severely limit its exploration, let alone open discussion without polarity paradigms. Perhaps as you read on this stigma and your own resistance to explore it in greater depth with dissipate or even dissolve. It really is a fascinating world to explore.

What is most challenging is stepping away from the traditional views of human intelligence and how it works. We think and act in linear fashion, with rare exceptions. Non-human intelligence seems to behave in non-linear and non- local ways which confound the mind because it has no way to process it.

However, with practices like meditation, this process can be at least be understood for how it works and the observer within begins to adjust to the new environment.